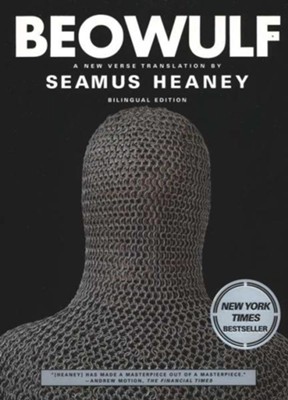 ▼▲
Composed toward the end of the first millennium of our era, Beowulf is the elegiac narrative of the adventures of Beowulf, a Scandinavian hero who saves the Danes from the seemingly invincible monster Grendel and later, from Grendel's mother. He returns to his own countries and dies in old age in a vivid fight against a dragon.
This poem is about encountering the monstrous, defeating it, and then having to live on in the exhausted aftermath. In the contours of this story, at once remote and uncannily familiar at the beginning of the 21st century, Seamus Heaney finds a resonance that summons power to the poetry from deep beneath its surface.
Drawn to what he has called the "four-squareness of the utterance" in Beowulf and its immense emotional credibility, Heaney gives these epic qualities new and convincing reality for the contemporary reader.

▼▲
I'm the author/artist and I want to review Beowulf, Paperback.
Back
Back