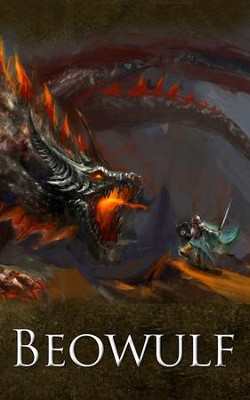 The epic poem Beowulf is the tale of the life and great deeds of Beowulf, hero of the Geats. The first half of the poem focuses on Beowulf’s aid to Hrothgar, king of the Danes, who has been terrorized by the creature Grendel. In the second half of the poem, after his heroic youth, an older Beowulf is serving as king of the Geats when his realm is attacked by an immense dragon, prompting Beowulf to once again take up arms.

Set in ancient Scandinavia, the legend of Beowulf is one of the earliest surviving examples of Anglo-Saxon literature. Originally recorded in Old English around the tenth or eleventh century, this edition is a translation into more modern language by John Lesslie Hall. The legend of Beowulf was adapted into a 2007 film starring Ray Winstone, Anthony Hopkins, and Angelina Jolie.

anonymous — 1. not named or identified 2. of unknown authorship or origin

▼▲
I'm the author/artist and I want to review Beowulf - eBook.
Back
Back