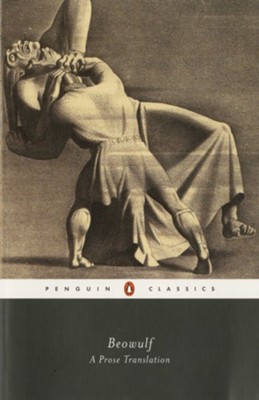 ▼▲
Beowulf (probably composed in the 8th century A.D.) is our only native English heroic epic. It is written by a Christian poet addressing a Christian audience, but in the figure of Beowulf, the Scandinavian warrior, and his struggles against Monsters, he depicts the life and outlook of a pagan age. The poem is a subtle blending of themes - the conflict of good and evil, and an examination of heroism. Its skillful arrangement of incidents and use of contrst and parallel show it to be the product of a highly sophisticated culture. David Wright's idiomatic translation is designed for both the student and the general reader.

Beowulf stands at the head of English literature; a poem of historical interest and epic scope. Although the first manuscript of Beowulf dates from around the year 1000 CE, it is thought that the poem existed in its present form from the year 850. Beowulf's adventures themselves stand in front of the wide historical canvas of 5th and 6th century Scandinavia. Against this heroic background of feuding and feasting, Beowulf first kills the monster Grendel and her mother, and later defends his people against a dragon in a battle that leaves them both mortally wounded.

▼▲
Michael Alexander (translator) is Berry Professor of English Literature at the University of St Andrews. He has translated The Earliest English Poems, The Canterbury Tales: The First Fragment, and Beowulf for Penguin.

▼▲
I'm the author/artist and I want to review Beowulf: A Prose Translation.
Back
Back