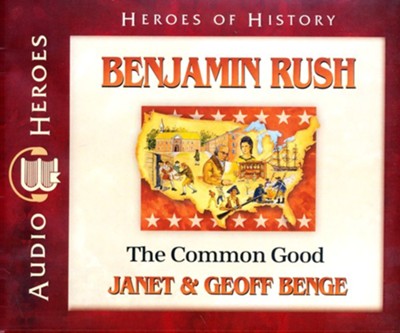 ▼▲
Filled with intelligence and devotion, Benjamin Rush eagerly took up numerous roles as a physician, surgeon general in the army, politician, educator, and writer. A signer of the Declaration of Independence and close friend of John Adams, he made lasting contributions to American society.

Born in Pennsylvania, Rush studied medicine with some of the greatest doctors in America and Europe. He was outspoken about improving the conditions and treatment of wounded soldiers and was a lifelong champion of medical care for the poor and freedom for slaves, becoming one of the greatest American physicians and social reformers in history (1746-1813). Recommended for ages 10 years and older.

▼▲
I'm the author/artist and I want to review Benjamin Rush: The Common Good Audiobook on CD.
Back
×