Skip to main content
SPRING CYBER EVENT STARTS NOW: And it's a really BIG deal! Up to 88% off through 5/24>
Israel's Beneficent Dead: Ancestor Cult and Necromancy in Ancient Israelite Religion and Tradition
By: Brian B. Schmidt
Stock No: WW060088 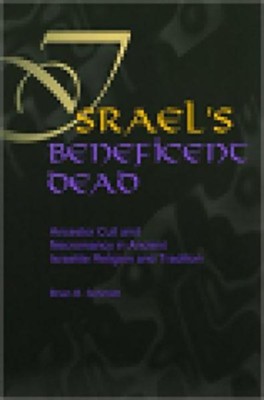 Did the ancient Israelites perform rituals expressive of the belief in the supernaturalbeneficent power of the dead? Contrary to long held notions of primitive society and the euhemeristic origin of the divine, various factors indicate that the ancestor cult, that is, ancestor veneration or worship, was not observed in the Iron Age Levant. The Israelites did not adopt an ancient Canaanite ancestor cult that became the object of biblical scorn. Yet, a variety of mortuary rituals and cults were performed in Levantine society; mourning and funerary rites and longer-term rituals such as the care for the dead and commemoration. Rituals and monuments in or at burial sites, and especially the recitation of the deceased's name, recounted the dead’s lived lives for familial survivors. They served broader social functions as well; e.g., to legitimate primogeniture and to reinforce a community’s social collectivity.

Another ritual complex from the domain of divination, namely necromancy, might have expressed the Israelite dead’s beneficent powers. Yet, was this power to reveal knowledge that of the dead or was it a power conveyed through the dead, but that remained attributable to another supranatural being of non-human origin? Contemporary Assyrian necromancers utilized the ghost as a conduit through which divine knowledge was revealed to ascertain the future and so Judah's king Manasseh, a loyal Assyrian vassal, emulated these new Assyrian imperial forms of prognostication. As a de-legitimating rhetorical strategy, necromancy was then integrated into biblical traditions about the more distant past and attributed fictive Canaanite origins (Deut 18). In its final literary setting, necromancy was depicted as the Achille's heel of the nation's first royal dynasty, that of the Saulides (1 Sam 28), and more tellingly, its second, that of the Davidides (2 Kgs 21:6; 23:24).

▼▲
I'm the author/artist and I want to review Israel's Beneficent Dead: Ancestor Cult and Necromancy in Ancient Israelite Religion and Tradition.
Back