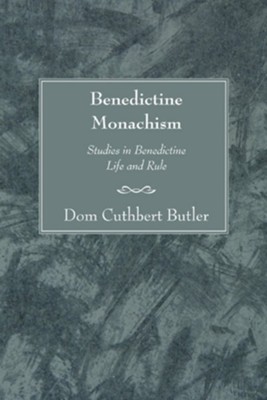 ▼▲
St. Benedict's Rule has been one of the great facts in the history of western Europe, and its influence and effects are with us to this day. This being so, it is surely strange that, as I believe, the Rule has never yet been made the object of an historical study setting forth on an extended scale its principles and its working. Commentaries there are, explaining it chapter by chapter; but so far as I know, there is no systematic exposition of what may be called the philosophy, the theory, of the Benedictine rule and life, no explanation of the Benedictine spirit and tradition in regard either to its inner life or its outward manifestations. The present volume is an effort to supply this want. It consists of a connected series of essays covering the most important aspects of Benedictine life and activities. It is addressed, of course, primarily to Benedictines; but it should appeal to wider circles--to students of the history of religion and civilisation in western Europe, as an account of one of the most potent factors in the formation of our modern Europe during a long and important phase of its growth: and also, in a special way, to those scholars and students who hold the Benedictine name in veneration. --from the Preface Dom Cuthbert Butler (1858-1934) was educated at the Benedictine Downside Abbey, where he lived as a monk and then as the abbot of the house. He published critical editions of the 'Lausiac History' of Palladius and 'The Rule of St. Benedict, ' an authored 'Western Mysticism, ' 'Life of Archbishop Ullathorne, ' and 'History of the Vatican Council.'

▼▲
I'm the author/artist and I want to review Benedictine Monachism, Second Edition, Edition 0002.
Back