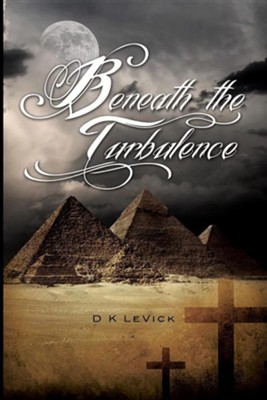 ▼▲
Was Jesus of Nazareth truly the Son of God? A clay tablet from the 1st Century is found in the ruins of a village in Israel, with writing on it-from the 21st Century. Solving the mystery of the Pyramids, a unique form of gold found on the moon during the Apollo 17 mission, and the Zodiac Constellations-a group of scientists and archeologists uncover a travel corridor-in time to the year 30AD. Is this group for real? Or is it all a ruse to hide a terrorist cell planning massive mayhem and destruction? The Department of Homeland Security wants to know. One determined person, along with an avowed atheist, journey back to 1st Century Israel to find the evidence of who Jesus really was. Was he a man with his own agenda? Was he a deluded prophet? Or was he the Son of God? An unexpected traveler journeys with them bent on a private mission of self-justification and revenge. What they discover and reveal, will not only change their lives-but will impact the course of human history forever.

▼▲
I'm the author/artist and I want to review Beneath the Turbulence.
Back