Skip to main content
BIG SUMMER BLOWOUT: Over 2,000 deals ~ up to 85% off, through 8/16. Shop now >
Sefer BeMidbar as Sefer HaMiddot: The Book of Numbers as the Book of Character Development - eBook
By: Reuven Travis
Stock No: WW111890EB 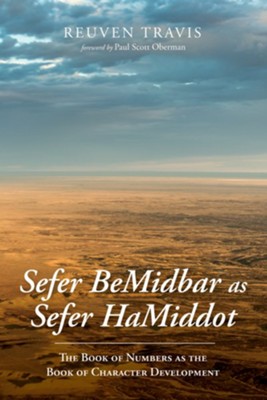 Sefer BeMidbar as Sefer HaMiddot: The Book of Numbers as the Book of Character Development - eBook

▼▲
While it is true the Bible does relate important episodes in the history of the Jewish people, it is thought of as being much more than a history book. This is why many question the Bible's rationale for including a book such as Numbers, one that seems to be little more than a history book. In comparison, Genesis as a history book makes sense. It tells of the creation of the heavens and earth and the foundational stories of the Jewish people. Even Exodus, which relates the departure of the Jewish people from Egypt, has many legal sections. This thus begs the question: what exactly is the Book of Numbers, and what role does it play in the overall narrative of the Bible? Presenting Numbers as the book of character development is the major guiding principle of the pedagogical approach set forth in this book for teaching Numbers. This approach can also be used for teaching Genesis. However, the characters in Genesis are portrayed as either "very good" or "evil." Not so in Numbers, whose main personalities can and should be viewed in hues of grey, making it a very appropriate vehicle for teaching character development to high school students.

▼▲
Reuven Travis teaches Bible, Jewish law, and Jewish history at Atlanta's only Modern Orthodox day school. He earned his bachelor's degree from Dartmouth College, where he graduated Phi Beta Kappa. He holds a master's degree in teaching from Mercer University and a master's in Judaic studies from Spertus College. He received his rabbinic ordination in 2006 from Rabbi Michael J. Broyde. He is the author of From Job to the Shoah (2013).

▼▲
I'm the author/artist and I want to review Sefer BeMidbar as Sefer HaMiddot: The Book of Numbers as the Book of Character Development - eBook.
Back
Back