Skip to main content
SPRING CYBER EVENT STARTS NOW: And it's a really BIG deal! Up to 88% off through 5/24>
Beloved Enemy, The - eBook
By: Gilbert Morris
Stock No: WW30113EB 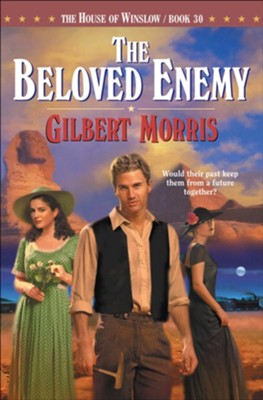 ▼▲
Book 30 of The House of Winslow. Kefira Reis, a young Jewish woman, works in a sweatshop in the New York garment district. When her boss abuses her, she fights back and flees. Joshua Winslow has just been released from prison, but when he sets out to find honest work, he is attacked by tramps and badly beaten. A timely encounter with Kefira saves his life. Kefira encourages Josh to live out his dream of becoming an archaeologist, but when they finally arrive in Egypt, complications arise that threaten their budding romance--and test their beliefs.

▼▲
Gilbert Morris spent ten years as a pastor before becoming Professor of English at Ouachita Baptist University in Arkansas and earning a Ph.D. at the University of Arkansas. During the summers of 1984 and 1985, he did postgraduate work at the University of London. A prolific writer, he has had over 25 scholarly articles and 200 poems published in various periodicals, and over the past years has had more than 180 novels published, including THE HOUSE OF WINLSOW series, LIONS OF JUDAH series and CHENEY DUVALL, M.D. His family includes three grown children, and he and his wife live in Alabama.

▼▲
I'm the author/artist and I want to review Beloved Enemy, The - eBook.
Back
Back