The Beloved Community: How Faith Shapes Social Justice from the Civil Rights Movement to Today
By: Charles Marsh 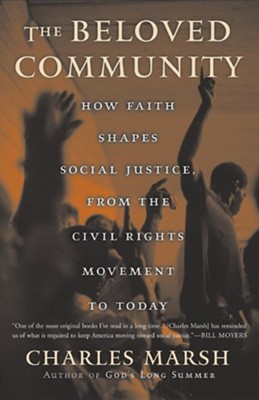 The Beloved Community: How Faith Shapes Social Justice from the Civil Rights Movement to Today

▼▲
Speaking to his supporters at the end of the Montgomery bus boycott in 1956, Martin Luther King, Jr., declared that their common goal was not simply the end of segregation as an institution. Rather, "the end is reconciliation, the end is redemption, the end is the creation of the beloved community." King's words reflect the strong religious convictions that motivated the civil rights movement in the South in its early days. Standing courageously on the Judeo-Christian foundations of their moral commitments, civil rights leaders sought to transform the social and political realities of twentieth-century America. In The Beloved Community, Charles Marsh shows that the same spiritual vision that animated the civil rights movement remains a vital source of moral energy today. The Beloved Community lays out an exuberant new vision for progressive Christianity and reclaims the centrality of faith in the quest for social justice and authentic community.

▼▲
Charles Marsh is Professor of Religion at the University of Virginia and Director of the Project on Lived Theology. He is the author of Reclaiming Dietrich Bonhoeffer, the award-winning God's Long Summer, and The Last Days. He lives in Charlottesville, Virginia.

▼▲
I'm the author/artist and I want to review The Beloved Community: How Faith Shapes Social Justice from the Civil Rights Movement to Today.
Back
×