We are OPEN and SHIPPING - click here for shipping estimates
PRE-SUMMER CYBER SALE EXTENDED thru 6/1 ~ Over 2,500 items up to 90% off
Belle in Carolina: Times to Remember - eBook
By: Wynnette Fraser 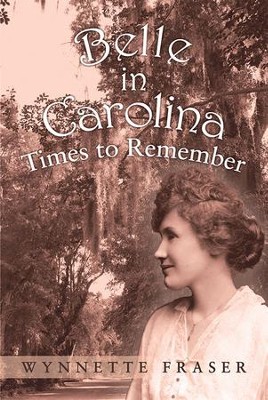 From 1916 until 1919, Belle works as a bookkeeper, unusual at a time when society considers marriage to be a womans only acceptable goal. She longs for a home and family of her own, but debates the wisdom of marrying Jamie, a poor farmer who goes to serve in World War I. What will her final decision be if and when he comes home again?

This book is a sequel to Belle of Alabama, published by Xlibris in 2010.

▼▲
I'm the author/artist and I want to review Belle in Carolina: Times to Remember - eBook.
Back
×
Back
×