Skip to main content
Bella - A Woman of Courage
By: Lyn Thompson
Stock No: WW697751 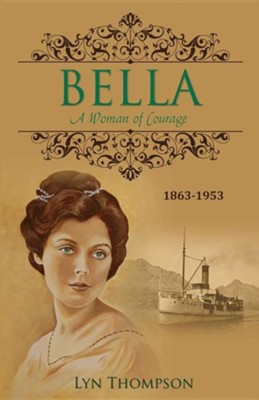 Bella - A Woman of Courage

▼▲
"Bella: Woman of Courage 1863-1953, is a family tale. It is a tale of the author's ancestral family set against the restrictions of the social conventions of the late 19th century and early 20th century-conventions which begin to change around Bella and, at least in part, because of her. She just doesn't give up, no matter what This story is an adventure tale, well told." Bob Stallworthy, author of Things That Matter Now, Frontenac House 2009. Second Printing, 2012. "A fascinating, compelling and inspirational story about a woman who challenged the conventions of her day and still has something to say to the modern world." Kerry Abel, Department of History Carleton University At the turn of the twentieth century, the pervading Victorian male culture allowed no place for women in business, but that was not enough to stop Bella from courageously challenging the status quo. Uprooted from the comforts of her native England, Bella finds good health, love and a new life of grandeur in the colonies of British and Dutch Guiana. When tragedy strikes, she sails for Boston and is pitched into the life of a penniless immigrant trying to support her three little boys. With hard work, adaptability, faith in God and her sights on the future, she faces life head on. At times you may doubt the credibility of events that shape Bella's life, but author Lyn Thompson, Bella's granddaughter, grew up listening to Bella's many-faceted stories. Extensive research adds to the background colour of this dramatic period of history. Dates, locations and family relationships are real. Read Bella: Woman of Courage 1863-1953 and feel her ability to inspire woven into every page. Lyn Thompson is a Life Member of the Writers Guild of Alberta and has published three books.

▼▲
I'm the author/artist and I want to review Bella - A Woman of Courage.
Back