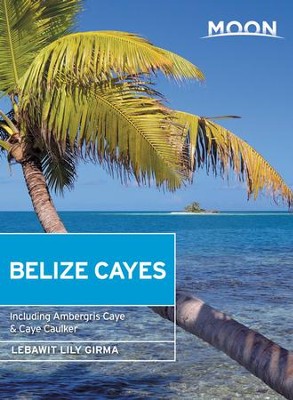 Turquoise waters, mangrove forests, and white sands: the Belize Cayes are a deserted island fantasy come true. Dive in with Moon Belize Cayes.
With Moon Belize's expert tips, myriad activities, and local insight, you can plan your trip your way.

▼▲
Born in Ethiopia, Lebawit Lily Girma was nine months old when her parents moved to the West African country of Côte d'Ivoire. She has loved travel ever since: exploring cultures and learning languages on various continents, including Europe and the Americas.

After practicing law in the U.S., Lily took a leap of faith to pursue her passions: travel, writing, and photography. After a three-week visit to Belize in 2010, she was determined to return. A year later, Lily was commissioned as an in-house writer and photographer for the Belize Tourism Board for three months. She explored Belize extensively, sharing her adventures through a collection of online articles, blogs, and photo essays. Belize's diverse cultures and people struck a chord and she returned to Belize for long-term stays while researching freelance articles on the country.

In addition to this title, Lily is the author of Moon Belize and Moon Dominican Republic, and her writing and photography have been published by CNN Travel, BBC Travel, Delta Sky, Sunday Times Travel Magazine, MorningCalm, Every Day With Rachael Ray, The Travel Channel, and AFAR, among others. She was also a major contributing writer and senior editor for the 2016-2017 edition of Destination Belize Magazine, Belize's main tourism publication.

In 2016, Lily was awarded the Marcia Vickery-Wallace Memorial Award for Excellence in Travel Journalism from the Caribbean Tourism Organization.

When she's not visiting family in the U.S., Lily is based in the Dominican Republic, and travels to Belize every year.

▼▲
I'm the author/artist and I want to review Moon Belize Cayes: Including Ambergris Caye & Caye Caulker - eBook.
Back
Back