We are OPEN and SHIPPING - click here for shipping estimates
PRE-SUMMER CYBER SALE EXTENDED thru 6/1 ~ Over 2,500 items up to 90% off
The Believing Scientist: Essays on Science and Religion - eBook
By: Stephen Barr 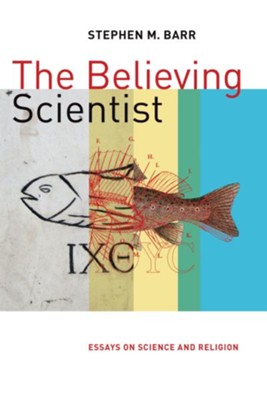 The Believing Scientist: Essays on Science and Religion - eBook

In The Believing Scientist, accomplished theoretical physicist and a faithful Catholic Steven Barr presents elegant writings by a cutting-edge research scientist defending traditional theological and philosophical positions. He addresses a wide range of questions about the relationship between science and religion, providing a beautiful picture of how they can coexist in harmony.

Barr not only analyzes such topics as the quantum creation of universes from nothing, the multiverse, the Intelligent Design movement, and the implications of neuroscience for the reality of the soul, but also challenges the widely held belief that there is an inherent conflict between science and religion. Including reviews of highly influential books by such figures as Edward O. Wilson, Richard Dawkins, Stephen Jay Gould, Francis S. Collins, Michael Behe, and Thomas Nagel, The Believing Scientist helpfully engages pressing questions that often vex religious believers who wish to engage with the world of science.

▼▲
I'm the author/artist and I want to review The Believing Scientist: Essays on Science and Religion - eBook.
Back
×
Back
×