Skip to main content
Believing and Acting: The Pragmatic Turn in Comparative Religion and Ethics
By: G. Scott Davis
Stock No: WW583904 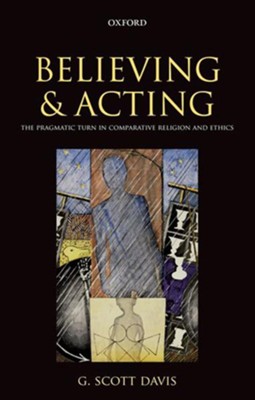 Believing and Acting: The Pragmatic Turn in Comparative Religion and Ethics

▼▲
How should religion and ethics be studied if we want to understand what people believe and why they act the way they do? In the 1980s and '90s postmodernist worries about led to debates that turned on power, truth, and relativism. Since the turn of the century scholars impressed by
'cognitive science' have introduced concepts drawn from evolutionary biology, neurosciences, and linguistics in the attempt to provide 'naturalist' accounts of religion. Deploying concepts and arguments that have their roots in the pragmatism of C. S. Peirce, Believing and Acting argues that both
approaches are misguided and largely unhelpful in answering the questions that matter: What did those people believe then? How does it relate to what these people want to do now? What is our evidence for our interpretations? Pragmatic inquiry into these questions recommends an approach that
questions grand theories, advocates a critical pluralism about religion and ethics that defies disciplinary boundaries in the pursuit of the truth. Rationality, on a pragmatic approach, is about solving particular problems in medias res, thus there is no hard and fast line to be drawn between
inquiry and advocacy; both are essential to negotiating day to day life. The upshot is an approach to religion and ethics in which inquiry looks much like the art history of Michael Baxandall and advocacy like the art criticism of Arthur Danto.

▼▲
"Davis has certainly created an interesting read that, as we debate cognitive studies and the legacy of postmodernism, offers important and timely reflections for the field." --Practical Matters Journal

▼▲
I'm the author/artist and I want to review Believing and Acting: The Pragmatic Turn in Comparative Religion and Ethics.
Back