We are OPEN and SHIPPING - click here for shipping estimates
The Believer's Roadmap for Life on the Road
By: Ian Foyn 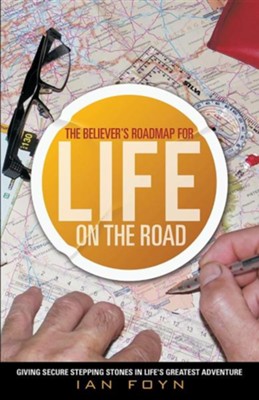 The Believer's Roadmap for Life on the Road

▼▲
Now, more than ever, the mature Believers need to be Generation Minded. It does not matter what your eschatological view is, there is no time left for itching ears or kingdom building. The Lord is doing a quick work with young Believers and there is no time to re-invent the wheel in the sense that the New Believer is not left to their own devices in discovering foundational truths and doctrine at their leisure. They need to be established on a foundation above the roof level that we mature Believers have attained. Here are the stepping stones they need to build their foundation to launch out on their new adventure called "Life on the Road." Ian attempts to establish the basic foundations quickly and effectively so that the young Believer is encouraged to launch from there and attain heights of which the mature Believer could only dream. We need not go to extreme expense and effort to get a good and sound foundation set for the young Believer, this book would set them on the road to sound understanding of their commitment to Yeshuah Ha Mashiach (Jesus the Messiah). This book of Ian's has been a long time in preparation; but I do believe in the divine timing of our God. If ever there was a time for a book like this to be in abundant supply in every pastor's library, it is NOW In my opinion every person saying "a sinner's prayer" should either be given one of these to read at home or should be taken and discipled through it.

▼▲
I'm the author/artist and I want to review The Believer's Roadmap for Life on the Road.
Back
×