Skip to main content
SPRING CYBER EVENT STARTS NOW: And it's a really BIG deal! Up to 88% off through 5/24>
Believer's Handbook, The (5 in 1 Anthology): God's Miracle Power for Your Life - eBook
By: Lester Sumrall
Stock No: WW37857EB 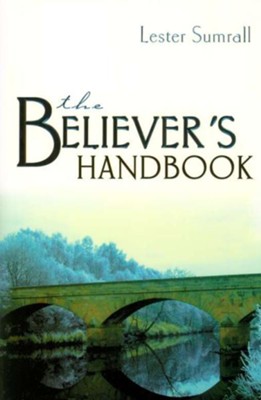 Believer's Handbook, The (5 in 1 Anthology): God's Miracle Power for Your Life - eBook

▼▲
Who is God? Are angels and demons real? Are the Bible's promises true? Reach for The Believer's Handbook for answers to many of life's burning questions! Offering Spirit-filled guidance on some of the major issues Christians encounter, pastor and evangelist Lester Sumrall gives you helpful Bible-based teaching on such topics as God's nature, the spirit realm, the gifts of the Holy Spirit, sexual purity, and more.

▼▲
Dr. Lester Sumrall (1913-1996), world-renowned pastor and evangelist, ministered for over fifty-five years in more than 110 countries, including Soviet Siberia, Russia, Tibet, and China. He established Feed the Hungry in 1987. In addition, he wrote over 130 books. His evangelistic association, LeSEA, headquartered in South Bend, Indiana, is still actively spreading God's Word. Dr. Sumrall's goal was to win 1,000,000 souls for the kingdom of God, and the ministry continues this vision. LeSEA ministry includes such outreaches as the World Harvest Bible College, a teaching tape ministry, and numerous publications. Sumrall also founded LeSEA Broadcasting, which owns and operates Christian television stations, a local radio station, and an international shortwave radio station, all with the special purpose of bringing millions of souls to heaven.

▼▲
I'm the author/artist and I want to review Believer's Handbook, The (5 in 1 Anthology): God's Miracle Power for Your Life - eBook.
Back
Back