I Believe: A Fulfillment of Promises - eBook
By: Lance Compton 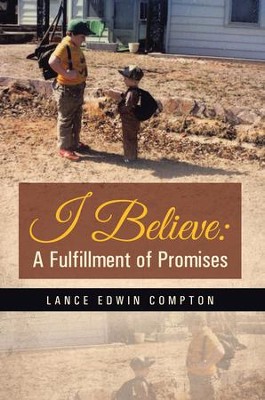 I Believe: A Fulfillment of Promises - eBook

A self-described hillbilly from western Oklahoma, Lance Compton is one of Gods unlikely servants whose life illustrates that Jesus Christ did not cease to transform the wayward into His ambassadors on the Damascus Road. After a devastating diagnosis with cancer in the seventh grade, Lance was miraculously and spontaneously healed by Gods gracious hand. This event gave him an unquenchable desire for a deeper knowledge and fuller understanding of his Creator, and he immediately embarked upon an unorthodox journey toward that end. Lances peregrination of faith has brought him into fellowship and friendship with some of the countrys most influential people, allowed him to see the halls of power, reserved a seat for him at the table of one of the worlds largest Christian ministries, anointed him a zealous caretaker of societys discards, asked him to prevent a heinous murder, shown him the extent to which Gods grace abounds, bestowed upon him the grandest of purposes, and led him to the greatest treasure of allintimate knowledge of the Truth. You will want to walk alongside Lance as he recounts his journey upon the narrow way and learns from station to station how secure is that foundation upon which the structure of a full life stands, how careful is the Potter whose hands labor diligently to bring forth perfection, how priceless is the mosaic that reflects the light of its Maker, and how beautiful are the feet that abide in the dust for good news sake. Come and see.

▼▲
I'm the author/artist and I want to review I Believe: A Fulfillment of Promises - eBook.
Back
×
Back
×