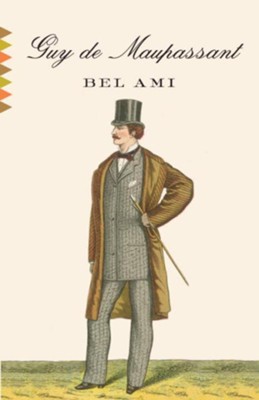 ▼▲
Bel Ami, written at the height of Guy de Maupassant’s powers, is a classic novel of seduction, intrigue, and ruthless social climbing in belle &eacute;poque Paris.

Georges Duroy is a down-and-out journalist from a humble background who engineers a stunning rise to the top of Parisian society through his relationships with influential and wealthy women. Making the most of his charm and good looks (his admirers nickname him "Bel Ami"), Duroy exploits the weaknesses of others to his own advantage—in the process betraying the woman who has most selflessly supported him. Published in 1885, Bel Ami is not only a vivid portrait of a glamorously corrupt and long-vanished Paris, but also a strikingly modern expos&eacute; of the destructiveness of unconstrained ambition, sex, and power.

Translated from the French by Ernest Boyd

▼▲
The French writer Guy de Maupassant (1850-93), a prot&eacute;g&eacute; of Flaubert, was known for his hugely influential short stories and the vivid realism of his novels. He was born in Normandy and served in the Franco-Prussian War, which would become the subject of some of his best-known stories. Maupassant wrote six novels and nearly three hundred stories, among them "The Necklace," "Boule de Suif," "The Horla," and "Mademoiselle Fifi." His financial and critical success as a writer made him a prominent figure in fashionable society, but in his last few years he suffered mental and physical symptoms of the syphilis he had contracted in his early years. After a suicide attempt in 1892 he was committed to a private asylum, where he died the following year at the age of 42.

▼▲
I'm the author/artist and I want to review Bel Ami - eBook.
Back
Back