Skip to main content
Being Known and Being Revealed
By: Julian Hartt
Stock No: WW529136 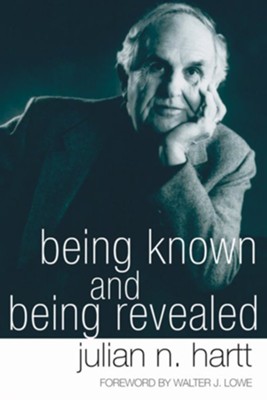 Being Known and Being Revealed

▼▲
In an age when ontology is in question and onto-theology has come to an end, the work of Julian Hartt is an important offering to the church. Hartt's first formal foray into ontology may be found in his (1940) Yale dissertation, ""The Ontological Argument for the Existence of God: A Historic-Critical Exposition of Some of Its Metaphysical and Epistemological Issues. His later thinking about ontology in service to theology may be heard in his Nathaniel Taylor lectures, ""The One God and the Several Worlds: Faith in God after the End of Salvation History. In between these two works, Hartt advanced his own ontology in the series of lectures published as 'Being Known and Being Revealed.' These lectures display the thinking of an erudite, original scholar who knows the history of philosophy intimately, particularly as it impinges on theology. He also knows the history of theology as it wrestles with Being. But beyond that, he brings his thought in touch with reality, even as his thinking soars--not to escape reality--but to gain a perspective that enables us to be grasped more firmly by the truth.

▼▲
I'm the author/artist and I want to review Being Known and Being Revealed.
Back