Skip to main content
Behold a Black Horse: Plagues of Inflation and Famine
By: Chuck Missler
Stock No: WW216323 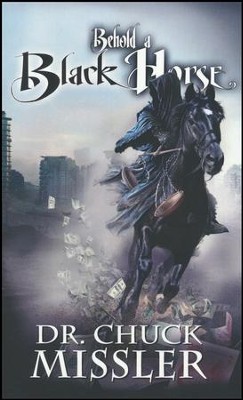 Behold a Black Horse: Plagues of Inflation and Famine

The third of the "Four Horsemen of the Apocalypse" brings inflation and famine on an unprecedented scale.

Most famines are the direct results of government's deliberate decisions. Germany sank into the most severe hyperinflationary period in recorded history after printing 1.3 trillion marks: that translates to about 4 trillion in today's dollars. Ironically, that is almost exactly the same amount of money the United States government has printed since 2008. What are the implications for us today?

In Behold a Black Horse, Dr. Chuck Missler discusses the identity of the third of the Five Horsemen of Revelation, the Black Horse of the Apocalypse, and his plages of famine and hyperinflation. Missler looks specifically at the engines of power in the world and their trails of blood, exposing to readers that even in the midst of turmoil, God has a plan, purpose and fulfillment for this world, at all times and in every way.

▼▲
I'm the author/artist and I want to review Behold a Black Horse: Plagues of Inflation and Famine.
Back
Back