We are OPEN and SHIPPING - click here for shipping estimates
Just Behind the Waterfall: You'll Never Know Until You Look - eBook
By: Jami Farris 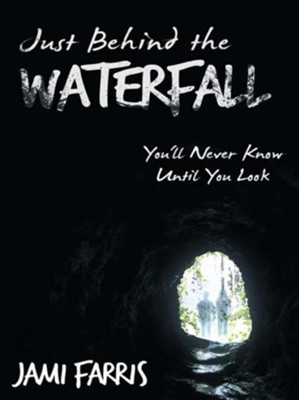 Just Behind the Waterfall: You'll Never Know Until You Look - eBook

Jamie is looking forward to an exciting summer with her best friend Elliott. Little does she know just how exciting it is about to become. Things take an interesting turn when the two friends stumble onto a hidden cave. While exploring it, they discover a world they never knew existed. A world where trees speak and shadows act as doorways.


When they are captured by the cave's strange inhabitants, the Elendir, the quest for escape begins.

Jamie takes a kind approach, trying to win over the creatures. Elliott, however, chooses a much darker path. In his effort to defeat the creatures, he looses an ancient evil, and it changes him in ways he is only beginning to understand.

Forces of light and dark collide, with the two friends caught in the middle. Neither of them will escape unscathed.

▼▲
I'm the author/artist and I want to review Just Behind the Waterfall: You'll Never Know Until You Look - eBook.
Back
×
Back
×