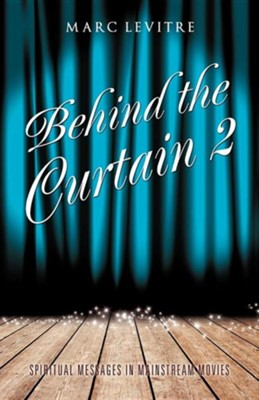 ▼▲
In Behind the Curtain 2, author Marc LeVitre pulls back the curtain once again to reveal the Truth as seen in mainstream movies. These films have been chosen because they have impacted LeVitre on a spiritual level. He delves into such themes as coming-of-age, dealing with the cruel world, sports, the despicable, and Disney. LeVitre also analyzes film that should have been in the first book but were not because they were then too complicated or were not on his radar, and he adds to and/or corrects comments made in the first book. LeVitre, in most cases, ties films to Scripture. However, his Holy Spirit again has led him to explore areas of his life in a few instances. The author had believed the first book would be the last, for about a week. Then God inundated him with what appears in this volume. Since the beginning, LeVitre, a pastor's son, has been looking for the moral of the story, and by doing so, has been entertained, but more importantly, has been enlightened. LeVitre has been proud to call New Hampshire home since 1968.

▼▲
I'm the author/artist and I want to review Behind the Curtain 2.
Back