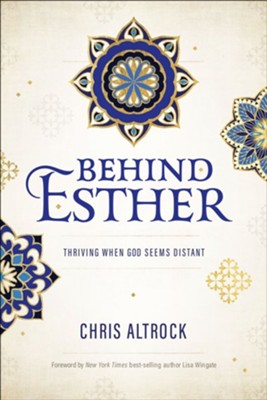 Some of Esther's peers, like Daniel, lived with a distinct advantage of experiencing the mighty, miracle-making wonder of God. Esther, on the other hand, was surrounded by extravagant wealth and idolatry in the disenchanted empire of Persia. Faith wasn't easy in a place like that, but Esther learned there was more to God than what she could see.

Today's suffering and cynicism can leave us feeling that God is long gone. But, in truth, he is still present and active in our lives. In slow, mundane, and even obscure ways, he is pursuing us and repairing our broken world. Follow Esther as she models twelve practices that connect us with a seemingly distant God and his unexpected work in the world.

▼▲
I'm the author/artist and I want to review Behind Esther: Thriving When God Seems Distant.
Back
Back