Skip to main content
God Behind Bars: The Amazing Story of Prison Fellowship - eBook
By: John Perry
Stock No: WW5049EB 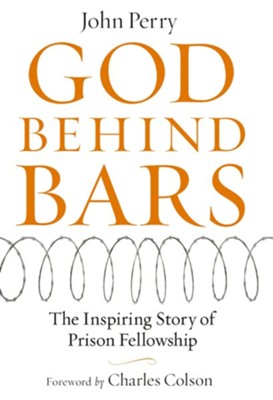 God Behind Bars: The Amazing Story of Prison Fellowship - eBook

▼▲
When Charles Colson was released after seven months of prison time following the Watergate scandal, the last thing on earth he wanted to do was go back into those dark, frightening prisons, but God called him to do just that. Thus was born a life-long ministry, and here, for the first time, if the amazing success story of Prison Fellowship's thirty years of work in the darkest places on earth.

John Perry graduated cum laude from Vanderbilt University, with additional studies at University College, Oxford, England. Before beginning his career as an author in 1997, he was an award-winning advertising copywriter and radio producer. John has published 21 books as an author, collaborator, or ghostwriter. He is the biographer of Sgt. Alvin York, Mary Custis Lee (wife of Robert E. Lee and great granddaughter of Martha Washington), and George Washington Carver. Among other books, he has also written about the 1925 Scopes “monkey” trial (Monkey Business, with Marvin Olasky, B&H Publishing, 2005) and contemporary prison reform (God Behind Bars, Thomas Nelson, 2006). He is a two-time Gold Medallion finalist and Lincoln Prize nominee. He lives in Nashville.

▼▲
The word Watergate usually brings up negative thoughts like political corruption and national disgrace. For White House-insider Charles Colson, his role in the Watergate saga led to a prison sentence that would become the starting point for Prison Fellowship, an international organization dedicated to taking the gospel of Jesus Christ to inmates, and also serving as an advocate for prison reform.
In God Behind Bars: The Inspiring Story of Prison Fellowship, John Perry opens with some general information about Americas prison system, along with a concise review of the Watergate story and the circumstances that resulted in Colsons prison time. Colson became a Christian before his sentence started, and while behind bars he was able to minister to his fellow inmates. Following his release after five months, Colson eventually felt God calling him into full-time prison ministry, and the path to establishing Prison Fellowship began to unfold.
During its 30-year history, Prison Fellowship has experienced tremendous growth while demonstrating its willingness to try new programs and concepts. Some blossomed and prospered for a brief time, and then were ended or channeled into new directions. Others saw rapid and sustained growth. Early discipleship seminars were only able to accommodate 12 prisoners, but the organization soon began developing programs that were able to reach more prisoners, both inside the prison and outside the walls.
Today, Prison Fellowships ministries, bolstered by thousands of volunteers, reach around the world, and include full-time in-prison facilities that disciple inmates 24 hours a day. Perry does an excellent job of covering the high points, and he does not try to gloss over the low points, such as leadership issues and money concerns. But in doing so, he shows that Prison Fellowship is not the result of the work of a celebrity politician, but the ongoing work of Gods grace and sovereignty.  Jeff Friend, Christian Book Previews.com

▼▲
I'm the author/artist and I want to review God Behind Bars: The Amazing Story of Prison Fellowship - eBook.
Back
Back