Skip to main content
SPRING CYBER EVENT STARTS NOW: And it's a really BIG deal! Up to 88% off through 5/24>
Behavior for Success
By: Vera Lee Phillips
Stock No: WW155883 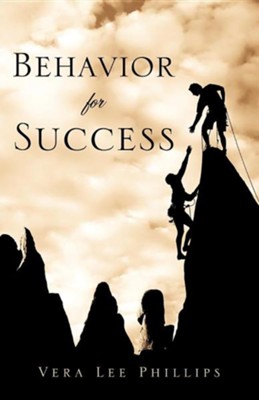 ▼▲
I was born in Elgin, Texas in 1924. I attended elementary in Marlin, Texas and high school in Elgin. I went to Southwest Texas State Teachers College for one and a half years, then attended Sam Houston State Teachers College for another one and a half years. After that, I attended Oklahoma College for Women, where I received my BA in Elementary Education. I received my Masters of Elementary Administration from Trinity University and taught in public schools for 29 years.My husband, Phil, was in the army for 23 years and in the civil service for 13. We had one son, Larry, in 1946 and lived in New Jersey for about a year. In 1949, we moved to Japan to live with Phil, who was stationed there. Larry and I returned to Elgin in 1951 after Phil was sent to Korea. We moved to Houston in 1952, when Phil returned from another tour in Korea. I got rid of arthritic pain in 1980 with Shaklee Alfalfa, my Shaklee I.D. number is LE46084. I retired from teaching in San Antonio, Texas in 1986. I now focus on my Shaklee business and my political involvement, where I write letters to legislators.This book is the result of about six years of observing people's behavior, after picking the title. At 86 years young, I am enjoying life thoroughly

▼▲
I'm the author/artist and I want to review Behavior for Success.
Back