Skip to main content
In the Beginning Was the Word: Language-A God-Centered Approach - eBook
By: Vern S. Poythress
Stock No: WW7556EB 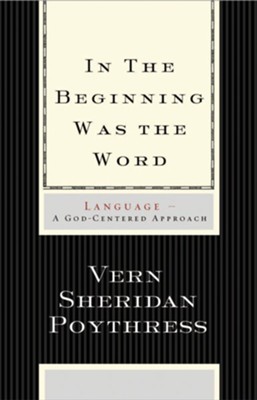 In the Beginning Was the Word: Language-A God-Centered Approach - eBook

▼▲
Contemporary philosophy has made great challenges to the very possibility of meaning in language. Yet, for Christians language is an integral, if not often overlooked, fundamental aspect of our Theology. Christianity is based on the very possibility of meaningful language not only in its communal assumptions, but in its beliefs about God and the Trinity. In the Beginning was the Word: Language A God-Centered Approach Vern Sheridan Poythress argues just this; that language is central to every part of existential reality, and because it is, there is ample reason to suggest that the Bible is in fact true and the Christian faith genuine. Further, he believes that human language reflects the nature of the triune God and thus serves as a ground upon which we can think about the godhead. Intriguing, fascinating, and timely this book is sure to help Christians a theology of language that faithfully reflects God's work in Christ and of God himself.

Language is not only the centerpiece of our everyday lives, but it gives significance to all that we do. It also reflects and reveals our all-sustaining Creator, whose providential governance extends to the intricacies of language. Writes Vern Poythress, "God controls and specifies the meaning of each word-not only in English but in Mandarin Chinese, Hindi, Italian, and every other language. When, in our modernism or postmodernism, we drop him from our account of language, our words suddenly become a prison that keeps us from the truth rather than opening doors to the truth. But we will use our words more wisely if we come to know God and understand him in relation to our language."

It is such biblically informed insights that make In the Beginning Was the Word especially valuable. Words are important to us all, and this book-written at a level that presupposes no knowledge of linguistics-develops a positive, God-centered view of language. In his interaction with multiple disciplines Poythress offers plenty of application, not just for scholars and church leaders but for any Christian thinking carefully about his speech.

▼▲
I'm the author/artist and I want to review In the Beginning Was the Word: Language-A God-Centered Approach - eBook.
Back
Back