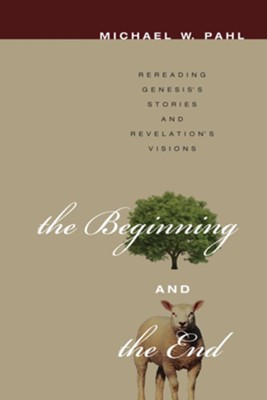 The Beginning and the End: Rereading Genesis's Stories and Revelation's Visions - eBook

▼▲
Have you ever wondered if there might be more to Genesis than fodder for anti-evolutionism? Or have you ever thought, "Revelation has to be more than simply a roadmap for the future of the Middle East"? You're not alone. In The Beginning and the End Michael Pahl surveys the opening chapters of Genesis and the concluding chapters of Revelation, taking seriously both their historical and literary features as ancient texts and their theological purposes as inspired Scripture. The result is a reading of the first and last books of the Bible that sketches out, from beginning to end, a story of God, humanity, and all creation--a grand narrative in which we are placed in the middle, and which calls us to live in a particular way as our identity and our values are shaped in light of our origins and our destiny.

▼▲
Michael W. Pahl (PhD theology, Birmingham, UK) is a pastor at Lendrum Mennonite Brethren Church in Edmonton, Alberta. He has taught biblical studies and theology for over ten years in college and seminary settings in Canada and the UK, and is the author of From Resurrection to New Creation (2010) and Discerning the "Word of the Lord" (2009).

▼▲
I'm the author/artist and I want to review The Beginning and the End: Rereading Genesis's Stories and Revelation's Visions - eBook.
Back
Back