In the Beginning: Essays on Creation Motifs in the Bible and the Ancient Near East
By: Bernard F. Batto 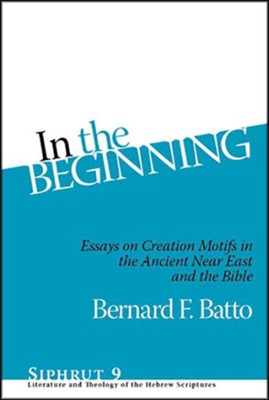 In the Beginning: Essays on Creation Motifs in the Bible and the Ancient Near East

Bernard F. Batto spent the bulk of his career examining the ancient Near Eastern context of the Hebrew Bible, with particular interest in the influence of the surrounding cultures on the biblical creation stories. This collection gathers six of his most important previously published essays and adds two new contributions. Among the essays, Batto identifies various creation motifs prevalent in the ancient Near East and investigates the reflexes of these motifs in Genesis 1–11 and other biblical accounts of the primeval period. He demonstrates how the biblical writers adapted and responded to the creation ideas of Mesopotamia, Egypt, Ugarit, and elsewhere.

The articles in the volume were written as independent essays. Nevertheless, they are united by theme. Throughout, Batto makes clear his understanding of the Hebrew Bible as a patently unique text, yet one that cannot possibly be understood independent of greater cultural sphere in which it developed. In the Beginning will serve as an indispensable resource for those interested in both the biblical ideas of creation and the mythology of the ancient Near East that influenced them.

▼▲
I'm the author/artist and I want to review In the Beginning: Essays on Creation Motifs in the Bible and the Ancient Near East.
Back
×