Skip to main content
Before the Wrath, Blu-ray/DVD Combo
Narrated By: Kevin Sorbo
By: Brent Miller Jr.
Stock No: WW47193X 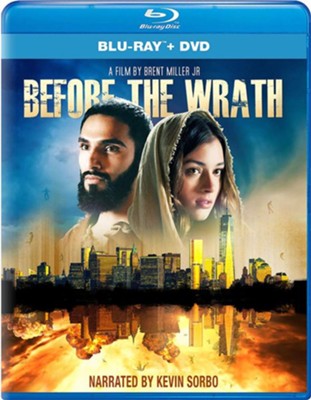 Before the Wrath, Blu-ray/DVD Combo

Blu-ray DVD playable in all regions. Learn more about DVDs and Videos

Bible scholars continue to debate the timing of the Rapture, but why is such a mysterious event prophesied to happen in the first place? Is there a deeper understanding surrounding this occurrence that we've lost over the millennia that those living in the first-century clearly understood? Newly rediscovered ancient anthropological evidence from the time of Christ finally reveals unprecedented findings that could prove the upcoming Rapture is not only real to a skeptical world but sheds new light on how and why this event must take place. Regardless of your Tribulation Period views, Before the Wrath will captivate believers and non-believers alike; revealing new depths of theological understanding regarding what Jesus revealed to the ancient Galileans about the end of the world in ways you could never have imagined.

These findings resulted from 10-years of research in Israel by leading ancient anthropological scholars which rediscovered lost Middle-Eastern views regarding how and why the biblical "catching away" was prophesied to occur. While everyone has been debating "when" this event is to happen, we've forgotten to ask "why" it does, and the answer could be the greatest theological discovery of our time. To fully present the impact this genuine eye-opening discovery has on the world, award winning documentary writer and director Brent Miller Jr, reproduces what Jesus Christ Himself unveiled to the ancient Galileans regarding the end of the world through emotional and beautiful cinematic reenactments with over 60 actors and extras on a Hollywood set.

▼▲
I'm the author/artist and I want to review Before the Wrath, Blu-ray/DVD Combo.
Back
Back