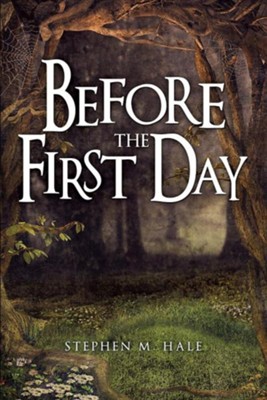 Before the First Day

▼▲
This is book one of a fantasy series for youths through adults. It is about Narn, a young man in a village of people that is still recent after the Creation. The Maker has Given him the special ability to sense people's feelings and has Called him to help people when their feelings would turn them from the Maker's Teachings. Unbeknownst to him, Narn is being pursued by the Blackness, a force from the unMaker trying to undo all that the Maker has Made and that killed Narn's Father, who also shared Narn's special sensitivity. Narn discovers that he must choose between the Lessons his Family learned from the Maker and those of the Hunters, seeded from the unMaker. After his best friend, a Hunter, is killed while on a Hunt, Narn's own emotions blind him, and he ignores his Lessons to avenge his friend's death. He then finds that he must choose between life and death, not only for the once-revered beast that killed his friend, but also for himself-because his heart has Writings upon it that conflict with what he has seen take place before him. Which is more real? To which will he yield? This book sets the stage for the following series about Narn, which gradually deepens in the question of "choosing whom you will follow," and gives the reader insight into the Writings on his/her own heart so he/she may be better prepared to make that choice. I have a master's degree in counseling psychology with special emphasis in personal and family challenges. I began to see that the underlying causes of most people's problems stemmed from a departure from Standards in their lives, consciously or unconsciously. This realization influenced me very strongly and I found myself writing about it in story form.

▼▲
I'm the author/artist and I want to review Before the First Day.
Back