Skip to main content
The Storm Before the Calm: Making Sense of Life's Troubles - eBook
By: Talbot Alan Davis
Stock No: WW76100EB 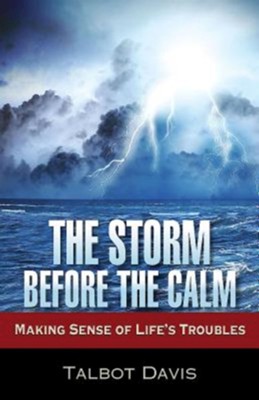 The Storm Before the Calm: Making Sense of Life's Troubles - eBook

▼▲
In this five-week study, Davis addresses life’s turbulent, trying moments by looking at some of Scripture’s most significant "storm stories." By turning the popular phrase, "the calm before the storm" on its head, The Storm Before the Calm presents a unique take on the significance of life’s storms—grief, job loss, relationship failures, etc.—and how faith in Christ helps us weather them. Davis's message is clear and challenging: life’s storms prepare us for the calm that follows.

Discussion questions at the end of each chapter are designed to help leaders of small groups. Also available when purchasing the book is access to a free video trailer and an audio recording of the author's sermons as another way to experience the weekly message.

▼▲
Talbot Davis is the pastor of Good Shepherd United Methodist Church in Charlotte, North Carolina, a congregation known for its ethnic diversity, outreach ministry, and innovative approach to worship. He has been repeatedly recognized for his excellence in congregational development. During his 10-year term as pastor at Mt. Carmel United Methodist Church prior to serving Good Shepherd, that congregation doubled in size and received the conference’s “church of excellence” award six times. Talbot has also received the conference’s Harry Denman Award for Excellence in Evangelism. Since Talbot began serving at Good Shepherd in 1999, average worship attendance has quadrupled, growing from 500 to 2000 each Sunday. Talbot holds a Bachelor of Arts in English from Princeton University and a Master of Divinity from Asbury Theological Seminary. He lives in Charlotte with his wife, Julie, and they have two grown children.

▼▲
I'm the author/artist and I want to review The Storm Before the Calm: Making Sense of Life's Troubles - eBook.
Back
Back