Skip to main content
BIBLE SALE OF THE SEASON: Save on over 2,100 Bibles thru 10/26. >
Jesus and Paul before Christianity: Their World and Work in Retrospect - eBook
By: V. George Shillington
Stock No: WW112116EB 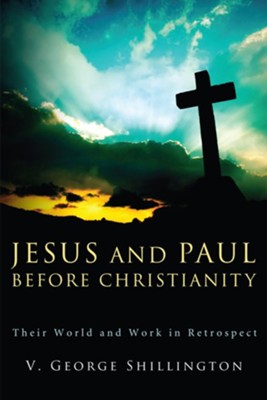 Jesus and Paul before Christianity: Their World and Work in Retrospect - eBook

▼▲
Who was the real founder of Christianity as it is known today--Jesus or Paul? What, if any, was the connection between them? These and other questions about the two historical figures have occupied biblical scholars and the Christian church for many years up to the present time. This book proposes new ways of framing the questions as well as new approaches to answering them. Neither Jesus nor Paul spoke of a new world religion, separate from Judaism, that would envelop the planet and last for millennia. This study seeks to locate both figures in their respective places in the first century, in Jewish contexts and within the larger Greco-Roman society. The aim is to transcend the language and thought patterns of later generations of theologians in order to hear more clearly the prophetic voices of Jesus and Paul on their terms and in their social locations. By so doing, Shillington lays the groundwork for a more authentic translation of their vision and mission into modern alternatives, including better Jewish-Christian relations.

▼▲
V. George Shillington is Professor Emeritus of New Testament at Canadian Mennonite University, and Adjunct Professor of Religion and Culture at the University of Winnipeg. He is author of The New Testament in Context (2008), An Introduction to the Study of Luke-Acts (2006), and 2 Corinthians (1998).

▼▲
I'm the author/artist and I want to review Jesus and Paul before Christianity: Their World and Work in Retrospect - eBook.
Back
Back