Skip to main content
Before Boy Meets Girl & After...
By: Natacha Sarthou Kalicharan
Stock No: WW300464 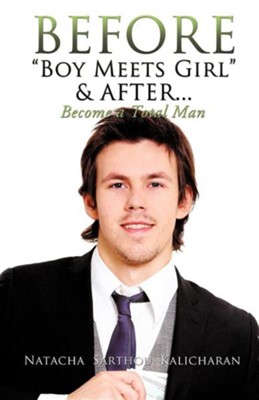 Before Boy Meets Girl & After...

▼▲
Who said love and money do not mix? Usually a man pursues a woman with love and romance, which typically turns the fire on. However, sooner or later, money matters could extinguish this fire...if he does not know how to keep it burning. This book challenges men of all ages, married and unmarried, regardless of their economic backgrounds, to become men of success, equipped to adequately be the head of their homes. "Marriage is obviously a very important subject and in light of the high divorce rate in our culture, help must come from several different angles. Without "bashing" men or denying women the right to work if they choose to, this book by Natacha Kalicharan approaches the subject from a different perspective, while at the same time acknowledging that the western culture primarily made up of two income families. This book provides a strong look in the mirror so that men and women can see how they measure up before they get married." William Ray, Associate Pastor Natacha Sarthou Kalicharan, a high-achieving individual, left a well-paid professional career to become a mother and homemaker. She says, "The homemaking position is highly valuable and fulfilling as well as rewarding. I have heard of women who regretted not having been there to see their children grow because of their job or career, but I have not heard of women regretting not having gone to work." Today she is also the co-founder of World For Christ International Ministries, Inc., author of "Married but Still a Virgin," and a fund-raiser to build homes for the poor. Some of her achievements include modeling, commercials, being named 1990 Miami Orange Bowl Princess, preached alongside her husband on Trinity Broadcasting Network (TBN), and has ministered at numerous churches through liturgical dance and by teaching God's Word.

▼▲
I'm the author/artist and I want to review Before Boy Meets Girl & After....
Back