Skip to main content
SPRING CYBER EVENT STARTS NOW: And it's a really BIG deal! Up to 88% off through 5/24>
Beetle Bunker - eBook
By: Robert Elmer
Stock No: WW3869EB 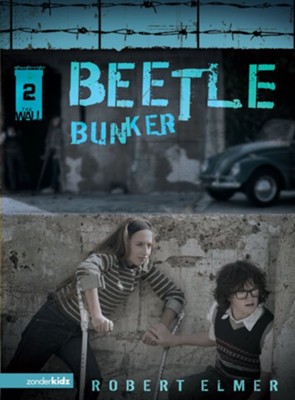 ▼▲
In post-World War II Germany, tensions mount. Berlin, the former capital city, is now in Soviet-controlled territory, but it is still governed in part by the western allies, creating an isolated enclave in a hostile land. Robert Elmer's three-book generational series for kids unfolds against the backdrop of Cold War Berlin. These gripping adventures tell the story three young teens, connected by family, faith, and friendship, as they struggle to hold on to life and each other, while their lives brutally separated by the Berlin Wall.

Time has passed, and life in a divided Germany seems almost normal. But life isn't normal. Neighbors spy on each other, books are forbidden, and sometimes people disappear in the middle of the night-- to the west. When Sabine discovers a forgotten underground bunker, she uses it as a sanctuary to escape her crowded home. Could it provide a way under the wall to freedom? Or is her family in terrible danger? Recommended for ages 8 to 12.

Middle-school readers ages 8-12 can experience a story of action and adventure in Beetle Bunker, book 2 in the Wall Trilogy series which presents historically accurate fiction that brings the past to life in a kid-friendly way. In 1961 East Berlin, Sabine discovers a forgotten underground bunker that could possibly take her family under the wall to West Berlin and freedom &hellip; if they can find a way to get her across.

Beetle Bunker is perfect for:

In Beetle Bunker, Sabine lives in 1960s East Berlin, where neighbors spy on each other, books are forbidden, and people sometimes disappear in the middle of the night &hellip; to the west side of the Berlin Wall. When Sabine discovers a forgotten underground bunker, she first uses it to escape her crowded home and comments on her physical disability, then thinks of a new use for the bunker. Could it take her family under the wall to freedom?

If you enjoyed Beetle Bunker, be sure to check out the other books in the Wall Trilogy for the entire story: Candy Bombers and Smuggler’s Treasure

Robert Elmer lives in the Seattle area with his wife and their little white dog, Farragut, who is named for the famous admiral. He is the author of over fifty books, most of them for younger readers (but some for grown-ups, as well). He enjoys sailing in the San Juan Islands, exploring the Pacific Northwest with his wife, and spending time with their three kids – along with a growing number of little grandkids.

▼▲
I'm the author/artist and I want to review Beetle Bunker - eBook.
Back
Back