Skip to main content
CYBER WEEK SALE! Spot great deals up to 88% off. >
Bede's Ecclesiastical History of England
By: Saint Bede the Venerable
Stock No: WW13975EB 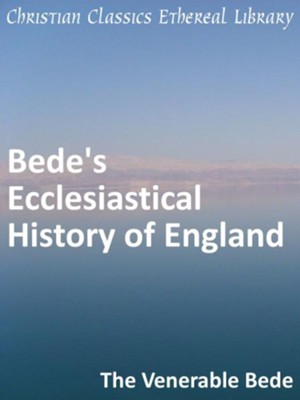 ▼▲
The Ecclesiastical History of England examines the religious and political history of the Anglo-Saxons from the fifth century to 731 AD. St. Bede's historical survey opens with a broad outline of Roman Britain's geography and history. St. Bede pays special attention to the disagreement between Roman and Celtic Christians, the dates and locations of significant events in the Christian calendar, and political upheaval during the 600's. St. Bede collected information from a variety of monasteries, early Church and government writings, and oral histories of Rome and Britain. This book is useful to people looking for a brief survey of religious and political figures and events in Anglo-Saxon history. Readers should recognize that St. Bede's religious and political biases are subtly reflected in his historiography, diminishing its objectivity. Nonetheless, his Ecclesiastical History of England is one of the most important texts of the Anglo-Saxon history. -Emmalon Davis, CCEL Staff Writer

▼▲
I'm the author/artist and I want to review Bede's Ecclesiastical History of England.
Back
Back