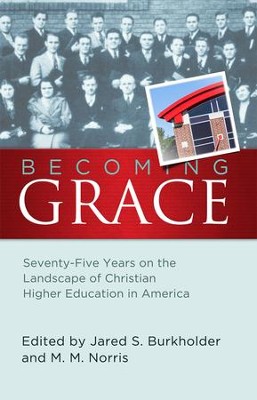 Becoming Grace offers an account of Grace College and Theological Seminary from its origins in Akron, Ohio, through its expansion at Winona Lake, Ind., and the difficulties of a later denominational division.

The story is carefully set in the context of conflicts between professors and their advocates, the deeper Brethren framework behind those events, and the continued religious developments among the Grace Brethren. Add in broader cultural changes and developments within conservative Christianity in the U.S. in the early 20th century and readers will find the college and seminary illuminated against the backdrop of the larger landscape of Christian higher education in America.

▼▲
I'm the author/artist and I want to review Becoming Grace: Seventy-Five Years on the Landscape of Christian Higher Education in America - eBook.
Back
×
Back
×