Skip to main content
SPRING CYBER EVENT STARTS NOW: And it's a really BIG deal! Up to 88% off through 5/24>
Becoming Sam Wyatt
By: Jeremy Greene
Stock No: WW412520 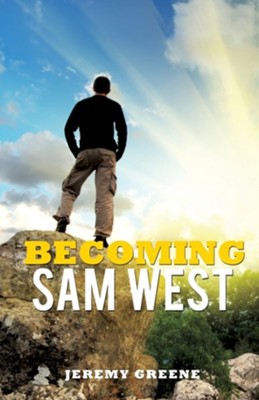 ▼▲
Swam Wyatt finishes his final exam at university and looks forward to a new life after college. Less than three months later, he squats in a foul Vancouver back alley trying to inhale the last dregs from his crack pipe. Fleeing a murder scene, his blind escape takes him to the base of the mountain to which his eyes had always been drawn. Sam climbs. Exhausted, malnourished, terrified, desperate and halffrozen, he stumbles onto an unusual shelter and finds also a different kind of salvation: A Bible in the lap of a dead man. The book was open to a chapter titled Ephesians 4: "As a prisoner of the Lord, then, I urge you to live a life worthy of the calling you have received." I felt something a little like being short of breath. As if I just read something of tremendous importance. From deep inside him, God's grace begins his healing.

▼▲
I'm the author/artist and I want to review Becoming Sam Wyatt.
Back