Becoming a Christian: Combining Prior Belief, Evidence, and Will
By: Ola Hossjer 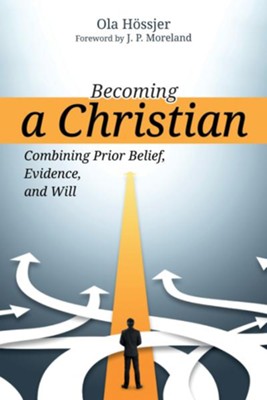 Becoming a Christian: Combining Prior Belief, Evidence, and Will

What influences the decision to become a Christian? In the seventeenth century, the famous scientist Blaise Pascal viewed this as a game, with truth our adversary. Pascal argued that we are in the game whether we like it or not. Christianity is either true or not, and we have to weigh the two alternatives. According to Pascal’s Wager, we have everything to win and nothing to lose by taking a leap of faith and becoming a Christian. In this book, Ola Hössjer extends Pascal’s Wager and argues that we respond to the Christian message very differently. There are three main attitudes among people: the first group follows Pascal’s advice, even if evidence before the decision is incomplete; the second group requires convincing evidence at first; and members of the third group will not become Christians regardless of evidence. Hössjer contends that the decision consists of three components: a religious disposition from birth, evidence, and a willingness to act. Although we weigh evidence and will differently, our priorities may change after a life crisis so that we either reevaluate evidence or become more positive toward Christianity. This is illustrated by a number of people who became Christians.

▼▲
I'm the author/artist and I want to review Becoming a Christian: Combining Prior Belief, Evidence, and Will.
Back
×