Become One
By: Jim Bell 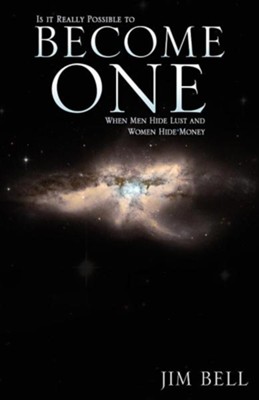 ▼▲
About the CoverThe image on the cover (NGC 6240) is a well-studied nearby ultra luminous infrared galaxy in the constellation Ophiuchus. This galaxy is the remnant of a merger between two smaller galaxies. The collision between the two galaxies has resulted in a single larger galaxy with two distinct nuclei.Colliding galaxies are pairs of galaxies caught by the tug of their own mutual gravitational attraction. Just like a Man and a Woman some colliding galaxies eventually merge to form a new whole or become one, while other colliding galaxies eventually part. In the process of becoming one these galaxies will continue to pull and tug at one another for several billion years, before they eventually merge together to form a new galaxy. In the same way a husband and wife pull and tug at each other to bring the change that makes them one. Like the galaxies if they achieve this union the glory of God will be seen in all its splendor

▼▲
I'm the author/artist and I want to review Become One.
Back
×