Skip to main content
Because of Love, He Came... - eBook
By: William Wetmore
Stock No: WW75408EB 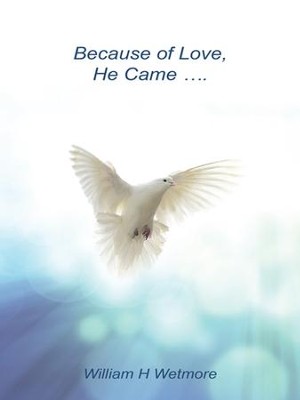 The gospel of Christ is the most important message in the history of the world. Mankind cannot survive to its highest potential in the absence of the gospel. At the heart of that gospel are the incarnation of Jesus Christ and the crucifixion of Christ.

His birth is one of the most significant moments in divine history, because it sets the stage for the crucifixion, the resurrection, the ascension, and Christs second coming.

Christs incarnation represents Gods will to save repentant sinners.


Christ came into the world as the Suffering Servant to die for the sins of the world. That is of first importance; it will always remain so.

It was the will of God that redemption and reconciliation would be through the birth, death, resurrection, and ascension of His only begotten Son. Jesus Christ, the Son of God, is the perfect sacrifice for the sins of the world.


Christ is also the perfect witness and example of the love of God; the perfect expression of that love is the cross.

Because of love, He came

▼▲
I'm the author/artist and I want to review Because of Love, He Came... - eBook.
Back
Back