Skip to main content
OUR BIGGEST BARGAIN SALE EVER: Over 6,000 deals at never-seen-before prices ~ through 8/23. Shop now >
The Beauty of the Triune God: The Theological Aesthetics of Jonathan Edwards - eBook
By: Kin Yip Louie
Stock No: WW109166EB 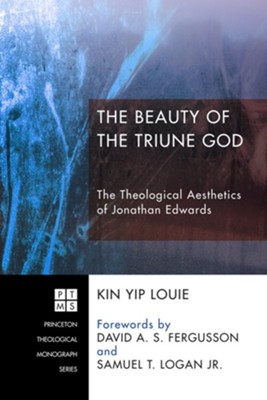 The Beauty of the Triune God: The Theological Aesthetics of Jonathan Edwards - eBook

▼▲
The eighteenth-century Puritan theologian Jonathan Edwards has become popular again in contemporary theological discussion. Central to Edwards' theology is his concept of beauty. Delattre wrote the standard work on this topic half a century ago. However, Delattre approaches Edwards mainly as a philosopher, and he does not address how Edwards employs the concept of beauty to explain and defend traditional Reformed doctrines. Recent writings by McClymond, Holmes, and others have shown that defending the Reformed tradition is a fundamental concern of Edwards. This work reveals how Edwards, starting with the common notion that beauty means the appropriate proportional relationship, develops a theological aesthetic that contributes to a rational understanding of major doctrines such as the Trinity, Christology, and eschatology. It shows that Edwards is both an innovative speculative theologian and a staunch defender of Reformed orthodoxy.

▼▲
Kin Yip Louie is Assistant Professor of Theology at China Graduate School of Theology in Hong Kong. He is the author of various articles in the CGST Journal and other Chinese publications.

▼▲
I'm the author/artist and I want to review The Beauty of the Triune God: The Theological Aesthetics of Jonathan Edwards - eBook.
Back
Back