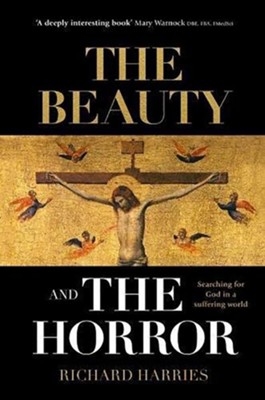 The Beauty and the Horror: Searching for God in a Suffering World

Life is at once wonderful and appalling, beautiful and horrific. Although we can all give meaning to our lives by trying to live well, is there some given meaning to be discovered? Science cannot answer this question, and philosophical arguments leave the issue open. The monotheistic religions claim that the meaning has been revealed to us, and Christians see this is above all in the life, death, and resurrection of Jesus.

Described by Rowan Williams as "that rarity, a Christian public intellectual," Richard Harries considers the Christian claim in the context of an in-depth discussion of the nature of evil and how this is to be reconciled with a just and loving God. Drawing on a wide range of modern literature, he argues that belief in the resurrection and hope in the face of death is fundamental to faith and suggests that while there is no final intellectual answer to the problem of evil, we must all, believer and nonbeliever alike, resist the world and seek to change it rather than accept it as it is.

Richard Harries is both a fellow of the Royal Society of Literature and an honorary fellow of the Academy of Medical Sciences. After nineteen years as Bishop of Oxford he was made a Life Peer (Lord Harries of Pentregarth) and he remains active in the House of Lords on human rights issue. He is Emeritus Gresham Professor of Divinity and a visiting professor of theology at King's College, London, where he was formerly dean. His voice is well known to many through his regular contributions to the Today programme. Among his many books are The Re-enchantment of Morality, which was shortlisted for the Michael Ramsey Prize, and Art and the Beauty of God, selected as book of the year by Anthony Burgess in The Observer.

▼▲
I'm the author/artist and I want to review The Beauty and the Horror: Searching for God in a Suffering World.
Back
Back