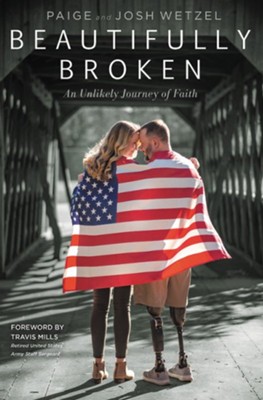 ▼▲
Restore your faith in love and family with one Army wife's courageous story of how she helped her husband recuperate from losing both of his legs while serving in Afghanistan.
Paige received the phone call that every military wife prays will never come. Her husband, Army Sergeant Josh Wetzel, stepped on an improvised explosive device while patrolling in Afghanistan. The blast resulted in the immediate loss of his legs. His survival was uncertain, and in the days to come, this traumatic incident began an unbelievable journey of faith for them as a couple.
Paige's vulnerability as she struggles physically, emotionally, and spiritually, will remind you of the power of commitment and love in the face of adversity. You will discover the bravery and grit of a woman who stood behind the battle lines but faced a battle of her own to save her marriage and her family. As a military wife, Paige had to come to terms with the priorities of the military: God, Country, and then Family. inspiration in one soldier's sacrifice, and a wife's tenacious fight for both him and their family.

▼▲
Paige Wetzel is wife to double amputee Retired Army Sgt. Josh Wetzel and they have two beautiful daughters. Paige is currently the Director of Volleyball Operations at Auburn University where Josh is the Director of Digital Media. In March of 2014, Josh Wetzel was promoted to Sergeant, received the Purple Heart Award, and officially retired from the Army and began his civilian life with his family. The Wetzels remain active in the support of veterans, enjoy serving at their home church, Church of the Highlands, and promoting Auburn Athletics. The Wetzels live in Auburn, Alabama.

▼▲
I'm the author/artist and I want to review Beautifully Broken: An Unlikely Journey of Faith - eBook.
Back
×
Back
×