Skip to main content
The Beautiful Thread: The Hawk and the Dove Series #8
By: Penelope Wilcock, Brian Gallagher
Stock No: WW641453 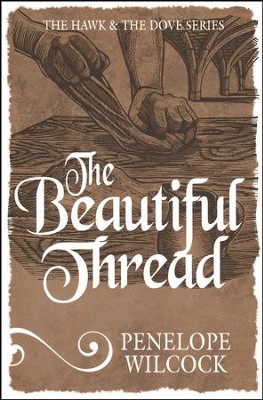 The Beautiful Thread: The Hawk and the Dove Series #8

The Beautiful Thread #8, in The Hawk and the Dove series by Penelope Wilcock

Set in Chaucer’s 14th Century Yorkshire, The Hawk and the Dove series deals with the challenges of human life, whatever one’s vocation.
In The Beautiful Thread, hosting the Bishop’s annual visit and a local wedding test the talents, judgment, and loyalty of William, Abbot John and St Alcuin’s Abbey.  But a wise visitor offers a sage piece of advice – always add the beautiful thread of kindness.

In this eighth novel of the Hawk and the Dove series, William, has returned to St. Alcuins at Abbot John's request to help his replacement learn the ropes. But William's return coincides with a bishop's visitation, a regular event.

The bishop, a zealous churchman with a large entourage, has heard rumors of St. Alcuins having had in their community one William de Bulmer, who is said to have attempted suicide and left the order--attempted suicide is a felony and breaking monastic vows is a grave sin. The bishop wants to know where this man is so he can be arraigned before an ecclesiastical court, and wishes to discover what happened and what part Abbot John played in those events.

As the story unfolds, the beautiful thread of the gospel weaves quietly through the contrasting colors of human frailty, religious zeal, and social pretension.

▼▲
I'm the author/artist and I want to review The Beautiful Thread: The Hawk and the Dove Series #8.
Back
Back