We are OPEN and SHIPPING - click here for shipping estimates
PRE-SUMMER CYBER SALE EXTENDED thru 6/1 ~ Over 2,500 items up to 90% off
Beautiful Feet Books: Columbus
By: Ingri D'Aulaire, Edgar Parin D'Aulaire 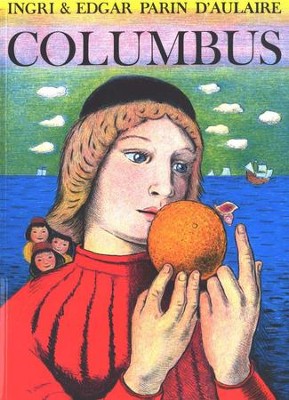 ▼▲
In "Columbus," young readers will be swept up in the adventurous story of a man in quest of the treasures of the East. Not knowing what to expect on every turn, Columbus fearlessly sailed on across the Atlantic at a time when "civilized" people believed the world was flat. He and his brave team of sailors soon discovered many islands, people, and treasure, and opened up a strange new world. The beautiful illustrations enhance this fascinating tale of one of the world's most famous explorers. Recommended for ages 4 to 11.

▼▲
I'm the author/artist and I want to review Beautiful Feet Books: Columbus.
Back
×
Back
×