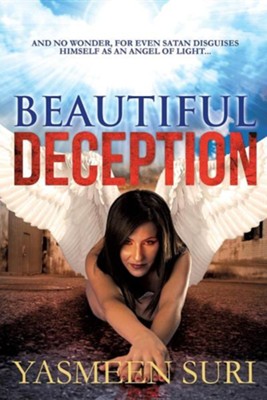 ▼▲
Error filled teachings reflect an artificial light that beckons to those that are wandering in darkness. According to Bible, the end times will be marked by widespread deception, counterfeit miracles, and the appearance of false prophets. Each of these evils will contribute to an atmosphere that will deceive an untold number of people throughout the world. Satan disguises himself as an "angel of light" and his ministers as ministers of righteousness (2 Corinthians 11:14-15). Jesus has warned us that the signs and wonders to come from these false "angels of light" will be so deceptive, that if we do not seek the truth then we will be deceived. Lies have many elements of truth in them. Unfortunately, there are many professing Christians today that rely on their own "feelings" as to whether something is of God. Experience should never validate truth, and to judge something on how it "feels" or "looks" rather than testing it against God's Word and sound doctrine is a road that will lead to ruin. This is the perfect "set-up" for the Antichrist. Yasmeen Suri was born in India believing in the new age gods of her culture and converted to Christianity years later. She is a licensed ordained minister and speaks and sings professionally across the world. Yasmeen has regularly appeared on the 700 Club, TBN, TCT, National and International radio, churches, and conventions and sharing the dangers of "spiritual deception." She regularly sings the U.S. " National Anthem" and "God Bless America" for the U.S. Department of Homeland Security, U.S. Department of Justice, U. S. Military, American-Arab Anti Discrimination Committee, Access of Dearborn, Major Sports Teams, and Conventions.

▼▲
I'm the author/artist and I want to review Beautiful Deception.
Back