Skip to main content
MOTHER'S DAY SALE: Books, Bibles, and more at no-nonsense prices through April 20th. >
The Beautiful Community: Unity, Diversity, and the Church at Its Best - eBook
By: Irwyn L. Ince
Stock No: WW105055EB 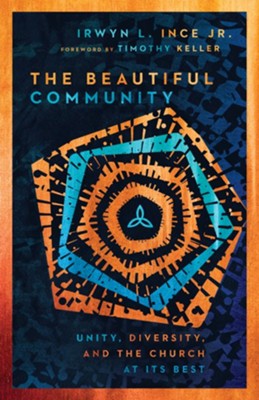 The Beautiful Community: Unity, Diversity, and the Church at Its Best - eBook

▼▲
The church is at its best when it pursues the biblical value of unity in diversity. Our world has been torn asunder by racial, ethnic, and ideological differences. It is seen in our politics, felt in our families, and ingrained in our theology. Sadly, the church has often reinforced these ethnic and racial divides. To cast off the ugliness of disunity and heal our fractured humanity, we must cultivate spiritual practices that help us pursue beautiful community. In The Beautiful Community, pastor and theologian Irwyn Ince boldly unpacks the reasons for our divisions while gently guiding us toward our true hope for wholeness and reconciliation. God reveals himself to us in his trinitarian life as the perfection of beauty, and essential to this beauty is his work as Father, Son, and Holy Spirit. The gospel imperative to pursue the beautiful community—unity in diversity across lines of difference—is rooted in reflecting the beautiful community of our triune God. This book calls us into and provides tools for that pursuit.

▼▲
Irwyn L. Ince Jr. serves as a pastor at Grace DC Presbyterian Church and director of the Grace DC Institute for Cross-Cultural Mission. He is a graduate of City College of New York, Reformed Theological Seminary, and holds a DMin from Covenant Theological Seminary. In 2018, Ince was unanimously elected as the forty-sixth Presbyterian Church in America (PCA) General Assembly moderatorthe first African American to hold the position. He and his wife, Kim, have been married twenty-eight years and have four children.

▼▲
I'm the author/artist and I want to review The Beautiful Community: Unity, Diversity, and the Church at Its Best - eBook.
Back
×
Back
×