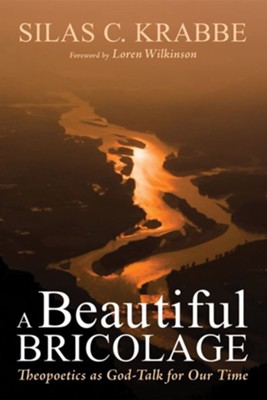 A Beautiful Bricolage: Theopoetics as God-Talk for Our Time - eBook

▼▲
Theopoetics is a plea for a more fully human way of speaking about God in the twenty-first century, a way that offers new life to dry and dying platitudes. Drawing deeply from linguistics, theology, philosophy, and even quantum mechanics, theopoetics attempts to reimagine the relationship between human language and speech about God through poetic phrasing and metaphor--thereby proposing a new God-talk. Interacting with selective works from within the discipline, Silas Krabbe offers a guide that not only maps the diversity of thought but also charts what is going on in the depths of the field. Using the metaphor of a river, Krabbe attempts to baptize the reader into theopoetics by leading an immersive exploration: sounding its waters, hearing resonances and echoes, feeling its flow, and becoming entangled in the braiding of its streams. Plunging ever more deeply into the differences that exist within the discourse of theopoetics, Krabbe is able to identify common aims, currents, and even hints of where this theopoetic river may lead. Not only a text about theopoetics, A Beautiful Bricolage is a work of theopoetics itself. It thereby draws the reader into a mode of inquiry that repudiates those who attempt to grasp it.

▼▲
Silas Krabbe is the Community Theologian and Coordinator at Mosaic Church located in Vancouver's downtown eastside, one of Canada's poorest neighborhoods. A graduate of Columbia Bible College (BA in Biblical Studies and Community Development) and Regent College (MATS in Christianity and Culture), he seeks to entangle contemporary theologies issued from the ivory tower with back-alley musings about the world.

▼▲
I'm the author/artist and I want to review A Beautiful Bricolage: Theopoetics as God-Talk for Our Time - eBook.
Back
Back