Skip to main content
SPRING CYBER EVENT STARTS NOW: And it's a really BIG deal! Up to 88% off through 5/24>
The Beatitudes from the Back Side - eBook
By: J. Ellsworth Kalas
Stock No: WW19977EB 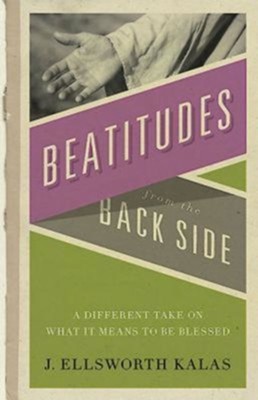 The Beatitudes from the Back Side - eBook

Using his method of approaching Bible passages from an unusual angle or a unique starting point, J. Ellsworth Kalas presents new insight into the beatitudes, Jesus’ blessings from the Sermon on the Mount.

The book contains      sessions and a study guide for personal use or for use in groups.
This book continues Kalas' popular series of "Back Side" books.

The beatitudes form the introduction to what is no doubt the best-known sermon ever preached. We call it the Sermon on the Mount (see Matthew 5–7), and of course it was preached by Jesus.
When we start examining the beatitudes we realize that in Jesus’ view, happiness is not something we get by pursuing it; indeed, almost the contrary. We are told that we will be happy—or blessed, if you prefer—in what appears to be the near antithesis of happiness. If we choose to live by the beatitudes, we make a declaration of dependence. We put ourselves into bondage to such things as poverty of spirit, purity of heart, and a readiness for persecution. This isn’t the sort of product they advertise on prime-time television; indeed, I’m not sure that it appears overly often in our prime-time worship services. That is because this is not a spiritual quick fix. It doesn’t come in a five-easy-lessons capsule. Instead, it is largely contrary to the way we live and to the way we think.
Before we go any further, however, let me say that over the past twenty centuries a very great many people have found in these beatitudes a depth of peace and joy beyond anything our common culture promotes and seeks. But it isn’t easy, and it isn’t obvious. There’s nothing easy or soft about this kind of dependence. Rather, it is an attitude that demands a huge store of courage. It’s the kind of dependence the trapeze artist displays when he or she lets go of the bar and with no safety net awaiting, flies off into space, trusting.
Welcome to the beatitudes. And may you be eternally happy, beginning now.

—adapted from the introduction

▼▲
John D. Schroeder is a freelance writer and has written more than fifteen study guides for small groups, including the Leader s Guides for Sisters: Bible Study for Women. He has also coauthored four books, including How to Start and Sustain a Faith-Based Small Group, How to Start and Sustain a Faith-Based Young Adult Group, Dear Lord! They Want Me to Give the Devotions, and Dear Lord! They Want Me to Give the Devotion Again. John has been a newspaper reporter, and a copy editor and director of communications for several corporations. He currently lives in Minneapolis.
J. Ellsworth Kalas (1923-2015) was the author of over 35 books, including the popular Back Side series, A Faith of Her Own: Women of the Old Testament, Strong Was Her Faith: Women of the New Testament, I Bought a House on Gratitude Street, and the Christian Believer study, and was a presenter on DISCIPLE videos. He was part of the faculty of Asbury Theological Seminary since 1993, formerly serving as president and then as senior professor of homiletics. He was a United Methodist pastor for 38 years and also served five years in evangelism with the World Methodist Council.

▼▲
I'm the author/artist and I want to review The Beatitudes from the Back Side - eBook.
Back
Back